Revered and beloved by an abundance of music industry legends and notables, Stephan Oberhoff has uniquely crisscrossed the worlds of producer, musician, songwriter, arranger, sound engineer – and consummate artist!

Stephan has performed with, produced for, collaborated with a who’s-who of greats; including Quincy Jones, Burt Bacharach, Stevie Wonder, Al Jarreau, Barry Mann & Cynthia Weil, Melissa Manchester, Patti Austin – and so many more…

Stephan inimitably juggles the arts spanning the music creation process; but at his heart, he is a musician – with formidable, renowned skills as a keyboard player, peerlessly creating a full orchestra or Brazilian band or contemporary jazz section or country rhythm section… all at his fingertips. Add to that exceptional talents as a guitarist, vocalist, drummer, accordion player, bass player, percussionist, and saxophonist!.

This 5 song EP marks a special summit of the collaboration between world renowned singer-songwriter Jason Gould and producer and multi-instrumentalist Stephan Oberhoff.
This collection of songs features 2 songs which were penned by the artist and Stephan. The two also invited several other platinum songwriters (amongst others the outstanding talent of Allan Rich) into their creative space – with stunning results. This EP reached and stayed in the Amazon Top 1 position for weeks and underlines the high standard of soulful and accessible music which naturally flows from the 2 creators.
All songs were recorded, mixed and mastered by Stephan Oberhoff at The Creation Station in Pasadena CA.

Just like the airplanes line up neatly on their way into LAX, longtime client and branding powerhouse (as well as first rate hit songwriter) Jimmy Dunne lined up the next top tier American institution to establish an audio identity which would embed the Pepperdine melodies and themes deep into it’s student’s minds and hearts.
From a 100 piece Marching Band version of their Fight Song to a truly stunning new Anthem “I Will Climb”, the synergistic team created a whole plethora of songs which will now find themselves underscoring all future marketing releases and university festivities off and on campus.
Sample it here in a special “Producer’s Playlist”

One of the most style-breaking releases of the writing team of Stephan Oberhoff, Jason Gould and Allan Rich included, for the first time, the addition of the gifted and versatile rapper Tia P. who also did a remarkable job of acting two different parts in the embedded video!

The highly gifted singer and stage performer Roslyn Kind asked Stephan to create a series of master recordings and arrangements for her upcoming album, scheduled for release in 2021.

“Described by Stephan as probably his most demanding arrangement of the last few decades, “Save The Country” – and it’s unique musical structure – demanded repeated breaks from both artist and arranger.
This was a 9 month assembly of a very complex and intense arrangement” explains Stephan.

“I remember this particular quote by Quincy Jones, who I spent a great deal of time with in some of the finest studios in Los Angeles over the past few years:
“Let’s ask the song where it wants to go”.

Well – we did – and it took almost nine months (!) to find our way to something truly unique and expressive!”

This entire track was conceptualized, recorded, mixed and mastered by Stephan in his own studio in Pasadena, CA and is a defining recording documenting his musicality and wide range of stylistic expression as well as his engineering capabilities.

“Roslyn has this amazing low register as well as the soaring soprano power that her famous sister won our hearts with – yet I couldn’t find a single recording of her that features that register prominently — until now!”  says Stephan

The amazing and powerful image video was created by Paco Silva of SirenArts.

Stephan’s extensive and inspiring work can be heard on a wide spectrum of audio and audiovisual projects released by Melissa Manchester.

From Melissa’s groundbreaking album “When I look Down That Road” (2004 Koch Records) to this video, the two artists joyously create significant and soulful music until the present day.

Stephan and Melissa arranged and produced this fully orchestrated track at Stephan’s studio which was later synchronized to the wonderful theme video created by Melissa and video editor/visual artist Paco Silva.

“WE’LL LET THE SONG TELL US WHERE IT WANTS TO GO!”

Entirely done in a remote fashion, Ann recorded her vocal tracks on the east coast while Stephan created the track in his studio in Pasadena, CA. They shared their inspiration via DropBox and Facetime sessions leading up to the Master track you hear in this video – a testimonial to a new age of creative digital freedom indeed!

“THE BLUES ARE BACK IN TOWN”

Nashville-based singer-songwriter and charting artist Woody Bradshaw has been a frequent and welcome guest at Stephan’s studio over a period of decades.

Trusting Stephan with his hit song “The Blues Are Back In Town”, Woody flew to Pasadena and produced with Stephan a joyous and energizing anthem for yet another American treasure, the amazing Blue Angels.

Rarely has there been an emergence of a voice as indentifiable, enticing to the ear, rich, textural and, above all, moving, than that of singer/ songwriter Jason Gould.

Shown here as an indicator of the incredible depth and variety of his full length debut album produced by Quincy Jones, Stephan Oberhoff and Jason himself, the CD “Dangerous Man” is available in all significant outlets. “ALWAYS LOVE WORKING WITH YOU STEPHAN – YOU ARE TERRIFIC!”
BURT BACHARACH “STEPHAN OBERHOFF IS A MUSICAL VISIONARY WITH THE EARS OF A CHAMPION !” “I WANT TO ACKNOWLEDGE THE TALENT AND PURE GENIUS OF MY PRODUCER, STEPHAN OBERHOFF. COLLABORATING WITH YOU IS A JOYFUL, INSPIRATIONAL, AND TOTALLY REWARDING EXPERIENCE…AND I TRULY THANK YOU!!”
ROSLYN KIND ABSOLUTELY LOVE WORKING WITH YOU STEPHAN—WHERE HAVE YOU BEEN ALL MY LIFE??
ANN HAMPTON CALLAWAY “..ONLY A SMALL NUMBER OF MIXERS HAVE REACHED THIS LEVEL OF EXPERTISE. HE CERTAINLY IS ONE OF THE BEST!”
BERNIE GRUNDMAN “ABSOLUTELY ONE OF THE MOST GIFTED AND CRAZILY TALENTED CATS I HAVE EVER WORKED WITH. MIND BENDING WHAT HE CAN DO IN HIS STUDIO!”
STEPHEN ALLEN DAVIS,  HIT SONGWRITER

Get to Know Stephan 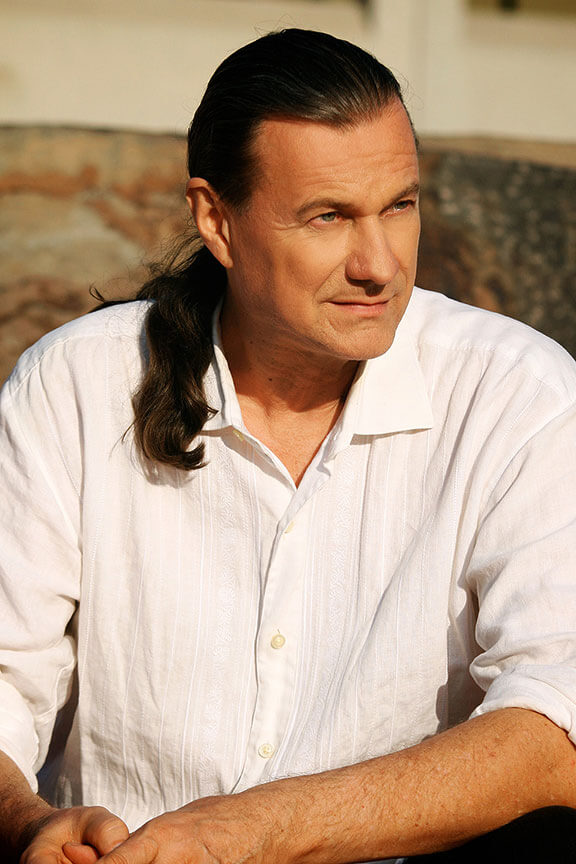 He wrote (with Evkathrin Pahnke) and produced one of the longest-running TV and radio commercials in the history of European TV and radio media: “Merci dass es dich Gibt,” (“Merci that there is You”). As a solo recording artist on BMG Records, Stephan also released it garnering tremendous success as a radio single.